The Near True News • November 10, 2020 • https://neartruenews.org/767/articles/shocking-study-children-under-age-2-mostly-illiterate/ 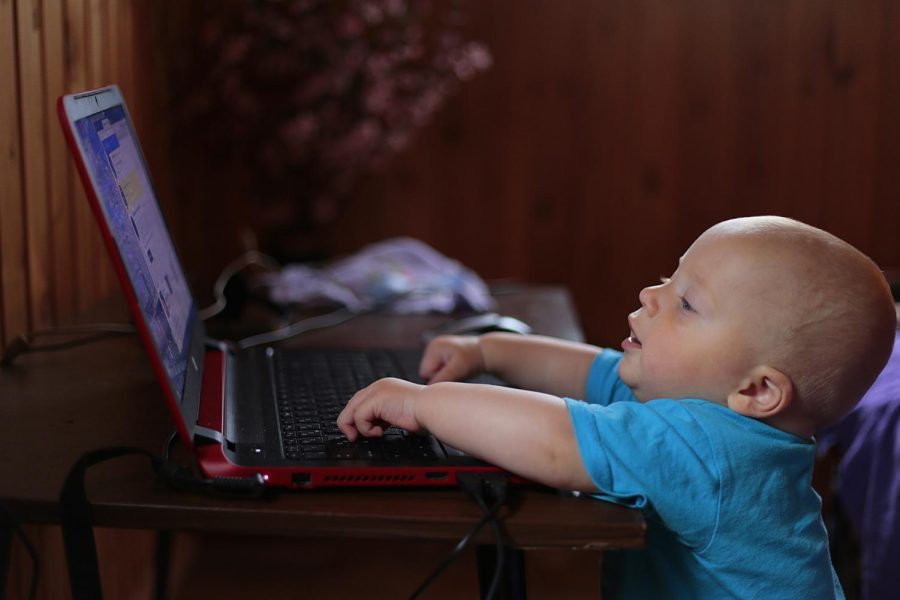 In a shocking study conducted by Yardvard University in early July, it has been found that children under the age of two are failing literacy tests, with an average score of only 0.6% amongst participants.

Conducted by respected research analyst Dr. Ernest Felix Wahrnenbacher, each printed test was administered to the isolated subjects along with a #2 pencil. The subjects were given half an hour to complete the questionnaire. The study, however, concluded grossly over budget due to further accommodation to the subjects. Out of nearly 2,000 participants, 97% required sanitation as a result of excremental incidents, 83% had to be provided with rubber oral stimulation, 51% required intervention by supervisors due to consumption of test materials, 41% demanded crayons as writing utensils as opposed to pencils, 22% were required to retake the test due to regurgitative events, 9% caused injuries to employees, and on three occasions, irreparable damage to test facilities. The total costs of the study were over 300% over-budget.

In addition to these issues, parent and employee reaction alike has been suboptimal. “I can’t believe my son isn’t on track to be the next Rousseau, or Thoreau, or DiCaprio,” one parent exclaimed. “I would have loved to see him be a world renowned philosopher, writer, poet, and actor.”

Another parent stated, “This test is rigged. My daughter would have aced that test if that wall wasn’t so weak, and if that supervisor went to the dentist once in a while!”

Response by employees was similarly negative, with the resignation of around 15% of staff. “Drool… There was so much drool,” said one resigned employee we met outside of a local L.A. Tan. Another stated, “It was impossible to evaluate those tests! I mean all of them had scribbles on them! And one only had the corner left!” Multiple workers were allegedly seen to have been in tears in the cargo loading dock of the nearby Kraft macaroni and cheese plant.

The test, designed by Dr. Ernest Felix Wahrnenbacher along with the top educational administrators in the tri-state area, was optimized to truly reveal the subject’s potential. Some examples of questions mentioned are, “Draw a line with a slope of thirty-four ninths through the circle with the equation ‘(x-93)^2+(y+12)^2=14 on the graph below,” “What part of speech is the word “have” in, ‘Arby’s, We have the meats,’” and “From right to left, write ‘right’, ‘left’, ‘thgir’, ‘tfel’, as shown in this sentence, which has been written left to right”. The second question was a joke, of course, as no child under the age of 2 would know the answer, but we like to have fun here in the writer’s room.

Aside from the reactions by parents, employees, and the press alike, the economic downturn from the results have already begun to take place. The DOW has dropped a shocking 14% today alone, as well as the S&P 500, dropping 22%. Stocks in the entirety of the Tech, as well as Telecommunications industry have likewise dropped, with Apple alone in a hasty period of share selling. The largest drop, however, has been for the Gorilla Glue Company, with share prices dipping 86%. Consumers have halted the purchasing of ‘GORILLA Super Glue Gel’ altogether, beginning on the initial release of study conclusions.

Despite the disastrous steps and consequences of the study, one participant had actually achieved a score of 82% on the exam. However, the score was disregarded due to the fact that the subject in question had written the answers in the blood of a supervisor from the knocking out of their tooth. Despite this, perhaps there is comfort to be found that our future may hold a Ted Bundy-Einstein savant that will change the world.