The Near True News • March 5, 2021 • https://neartruenews.org/838/articles/freshman-the-hunt-for-untold-riches-calls-on-you/

Freshmen: The Hunt for Untold Riches Calls On You!

A letter of encouragement from the New Trier upperclass-people. 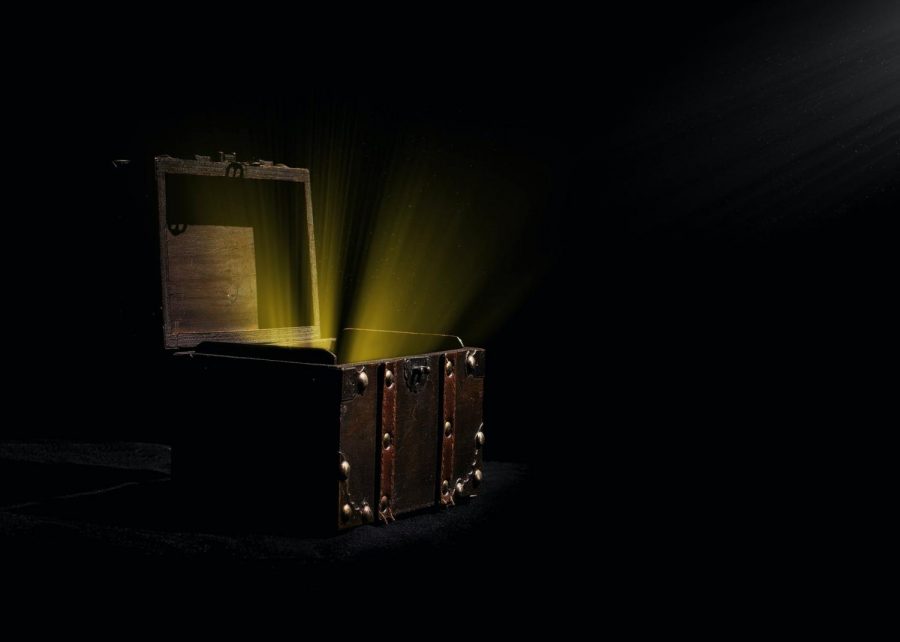 We are older than you, angry at your youth and inexperience, seeking to see the world through your eyes and inside your skin.

Your campus lacks a coffee bar, freedom, a giant airport cafeteria, and the secret meat grinder.

But what you do possess is gold. And a lot of it.

At the dawn of the 1970’s, the principal of Northfield came into a sizable inheritance. Legend has it that before he died in a tragic tricycle accident, he buried the fortune in gold and jewels inside school grounds. Many have tried to find it, none have succeeded.

Read on, for the true graduation requirement is that you serve your community as treasure hunters of the North Shore.

The first class ever to learn of the ‘Freshman Fortune’ (as opposed to the Winnetka Wealth, which is a story for another time, because they actually did find that) was the class of 2004. While breaking into the principal’s office for an entirely legitimate reason, a junior discovered a rolled up letter from Principal Bernadette Figgins to her daughter, Antoinette, detailing the location of a buried treasure on the Northfield campus. But when she went digging, the student struck not treasure, but a power line, and spent a few months in a burn unit.

The lore of the girl “Fried by Fortune” remained a legend–that is, until 2009, when some theater kids  started tearing up the E building, and discovered a bizarrely-painted idol enclosed within its walls.  Students now see it every day, innocently occupying a small corner of the 1st floor E hallway.   People say that at night, you can hear its ghostly mooing echoing throughout the halls.

So now, the students of New Trier continue to search for the Principal’s Prize.

In fear of their parents finding out and demanding a piece of the treasure, or worse forbidding them from spending Friday night at school, children have come up with some clever excuses. For example, have you ever heard that tried and true favorite, “I was up so late last night doing homework, I barely got any sleep”? How about “This backpack is KILLING my back”? Newsflash: the sleep deprivation and back pain is not the school’s fault, rather a minor nuisance you will come to know as an ever-present reminder of your imminent riches.

Here is a list of where has been searched, and what has been found:

Courtyard- class of 2010 and 2011- 14 water bottles, 3 ransom notes, 1 PDF of a sonogram, 2 flamethrower instruction manuals, and a notebook filled with an anonymous teacher’s rankings of students by annoyingness.
F Building- class of 2012- 145 towels, 3,367 MasterLocks pretending to be locked, “the holy grail of spare uniforms”, and a JFK campaign “A time for greatness” swimming cap
E Building- the class of 2013 is still searching for the E building. They swear it’s around here somewhere, one of them has a friend in choir.
D Building- the classes of 2014 and 2015 got distracted by the 20 different varieties of Band-Aids in the nurses’ office. They’re still down there, sticking band-aids on their fingers and toes, marveling at how the curved ones don’t crinkle at the ends.

It is your job, dear freshmen, to make us upperclassmen proud. Paying your dues is required to join the New Trier community, so suck it up, put on a pair of work gloves, and get cracking on your year of manual labor.